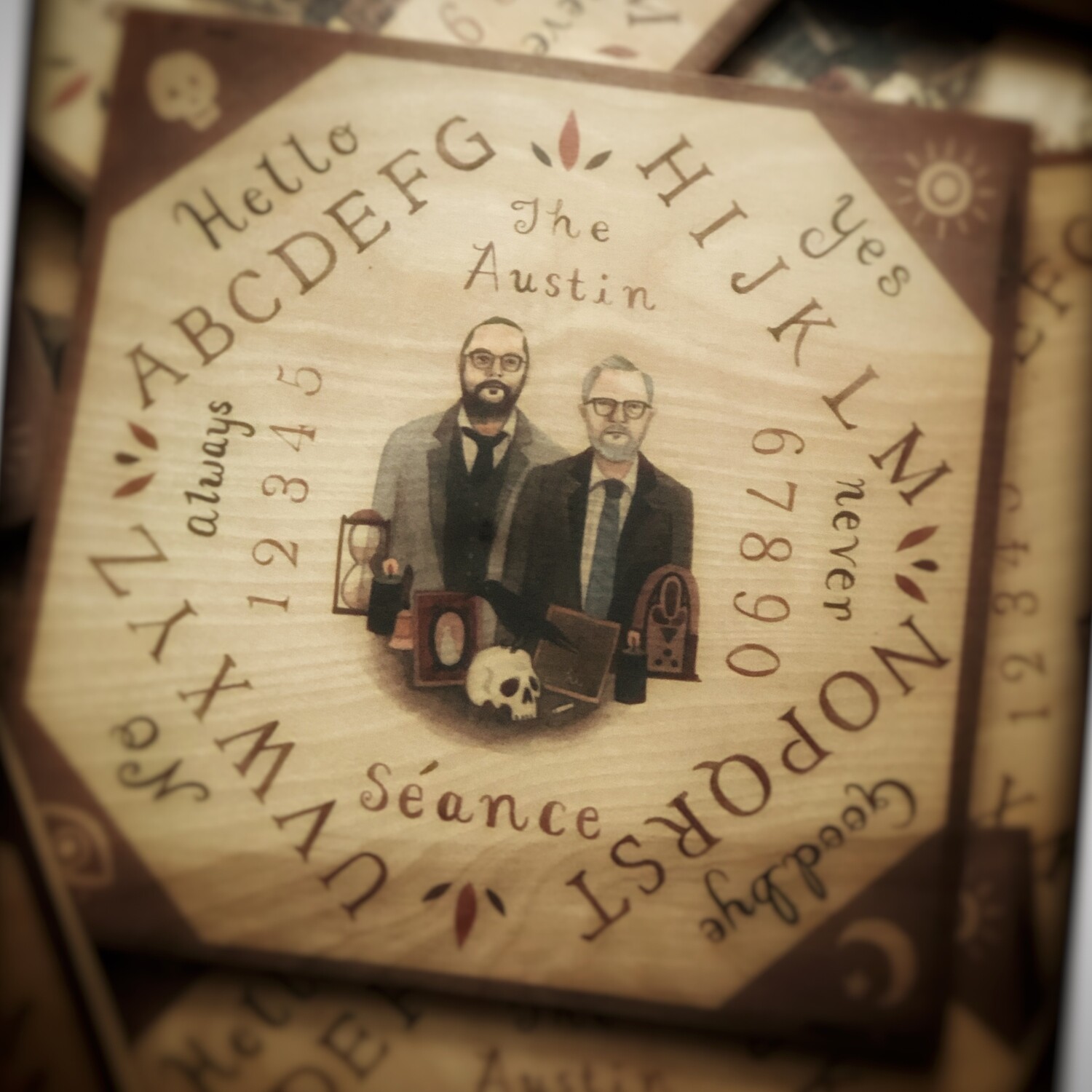 The Austin Séance Talking Board by Katy Horan

Celebrated artist Katy Horan has created new talking boards exclusively for The Austin Séance. The creative collaborator behind the illustrated Literary Witches Oracle Deck (with writer Taisia Kitaiskaia, new from Random House), Katy has had her work exhibited throughout the United States and Canada. Katy’s work also has appeared in Juxtapoz Magazine and New American Paintings magazine. These beautiful new talking boards were produced in a limited run. They work well as Ouija-style devices, as Wilbur Boards or pendulum boards. Planchette not included.