by Dr. Kathryn O’Shields
For The Austin Séance

Hilma af Klint (1862-1944) was a Swedish painter who has been posthumously credited as an important pioneer of abstract art. Her work was all but unseen by the public until 1986, in part because she stipulated that it not be shown for at least 20 years after her death. Since that time, historians have recognized that she was creating visionary symbolic works years before Kandinsky, who formerly was given the title of the world’s first abstract artist.

Af Klint’s forays into abstraction were as a spiritual medium; in fact, she attributed the origins of her paintings to channeled spirits. Starting in 1896, she began to hold regular séances with a group of female artists (collectively known as the Five), during which she eschewed her formal artistic training in favor of depicting visual manifestations of spirit messages.

As a group, the Five practiced the Spiritualist method of automatism, or automatic drawing, in an attempt to capture messages from spirits. Automatic drawing involves ceding conscious control of one’s hand to channel written missives from the mystical realm.

Soon, af Klint embarked upon a solo project she called the Paintings for the Temple, 193 works completed between 1906 and 1913 that were based on the automatic drawings she had done during the Five’s séances.

The “temple” in the title referred to a fictitious cylindrical temple she imagined displaying her work—a tower made of alabaster, with an internal spiral staircase along which visitors could progress upward. This vision was never achieved in her lifetime, but it seemed to manifest over a century later, in the 2018 exhibit of her work at the Guggenheim, New York’s famously spiral-shaped art museum.

Spiritualism, the belief that the living can communicate with spirits and vice versa, was fertile ground for artistic expression at the turn of the 20th century. The movement spread throughout Europe and America between the 1840s and the 1920s, popularizing the use of séances, Ouija boards, and sprit photography. It had a proto-feminist undercurrent in that it gave women, who were perceived as the more mystical sex, a voice. Around the time that af Klint was born, the British medium Georgiana Houghton created spirit drawings during séances. And during the same years that af Klint was creating her Paintings for the Temple, Pamela Colman Smith (1878-1951) was designing her iconic illustrations for the Rider-Waite-Smith Tarot deck.

Art created under the shadowy influence of spiritualism varies in style, but it all shares a common thread: it was intended to be a bridge between living reality and the afterlife. Therefore, within it, shapes, colors, and lines take on a mysterious symbolism that both invites and defies interpretation.

Significantly, af Klint’s work differs from other early abstract art in that it has an organic, almost botanical, quality to it. Her paintings are abstract, but they have enough definition and recognizable shapes to seem sensical, even if they speak a very different language than any representational art. Her series The Ten Largest, for example, is a mix of geometrical and floral shapes, swirling loops, overlapping rings, and vivid colors. At about 7 feet by 10 feet each, the canvases dwarf walls and fill rooms with their glowing pastel light.

Sometimes this series seems to depict enlarged frames from a microscope. In fact, many historians have theorized that af Klint was influenced, perhaps ironically, by the advances in science being made during the time, including the discovery of DNA in the late 1860s and subatomic particles in 1898. Perhaps this is why her works so often include spirals reminiscent of the double helix and circles that look like cells.

THE LANGUAGE OF DREAMS

Whereas naturalistic works have a photographic effect, capturing what the eye can see in the world, abstract art conveys meaning indirectly. Af Klint’s paintings were necessarily metaphorical because she was depicting imagery that had no direct material reference. Even she most likely did not fully understand the compositions she made while acting as a medium because she was painting under an altered state of consciousness.

We’ve all experienced states of altered consciousness; we enter one every time we fall asleep. Dreaming is a perfect example of what it feels like to receive images from a mysterious “other”; that passive process of being shown a concept rather than authoring one.

As we can see in our own dreams, ideas that arise in an unconscious state do not adhere to normal rules of logic and linear time; they come from a special mode of divergent thinking, a hallmark of artistic inspiration. Remote ideas found farther down the associative neural pathway are recognized as being more creative and original. Divergent thinking, which occurs when we dream and daydream, forges unusual connections we otherwise would not make because our thoughts are unfettered by the conventional, rote guidelines used to operate in our daily routines.

It is only via such access to the unconscious that divination is possible, if it is indeed possible, because people cannot consciously understand non-linear time. Modern scientific thought favors a causal view of events (A causes B, B causes C, etc.), but the Eastern philosophy that inspired Theosophy and Spiritualism imagines an un-ordered reality in which all things (A, B, and C) exist simultaneously on some level. This allows the possibility of “seeing the future” because all events are inherent elements of the same momentary situation.

Spirit guidance or not, af Klint’s dreamlike art captured something unconscious and thus unrestrained by the natural laws of reality. This resonates with the viewers’ unconscious as well, even if her work seems impossible to decipher logically. For, in the Spiritualist view, the viewer is simply gazing upon a transcendent dimension that is always present, detached from time, and constantly communicating messages to and from our reality in an endless spiral of connection. 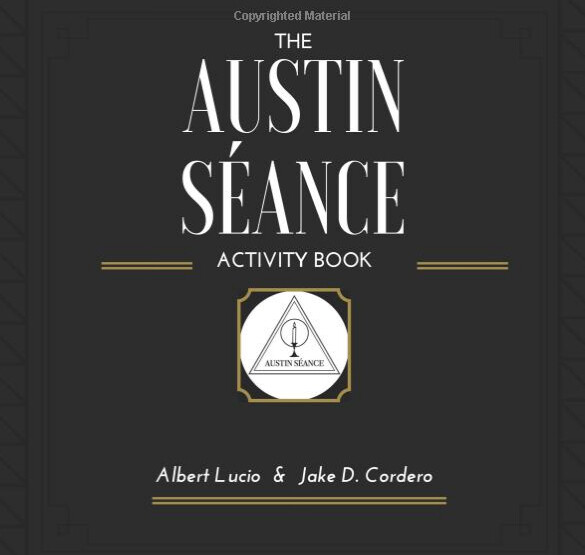