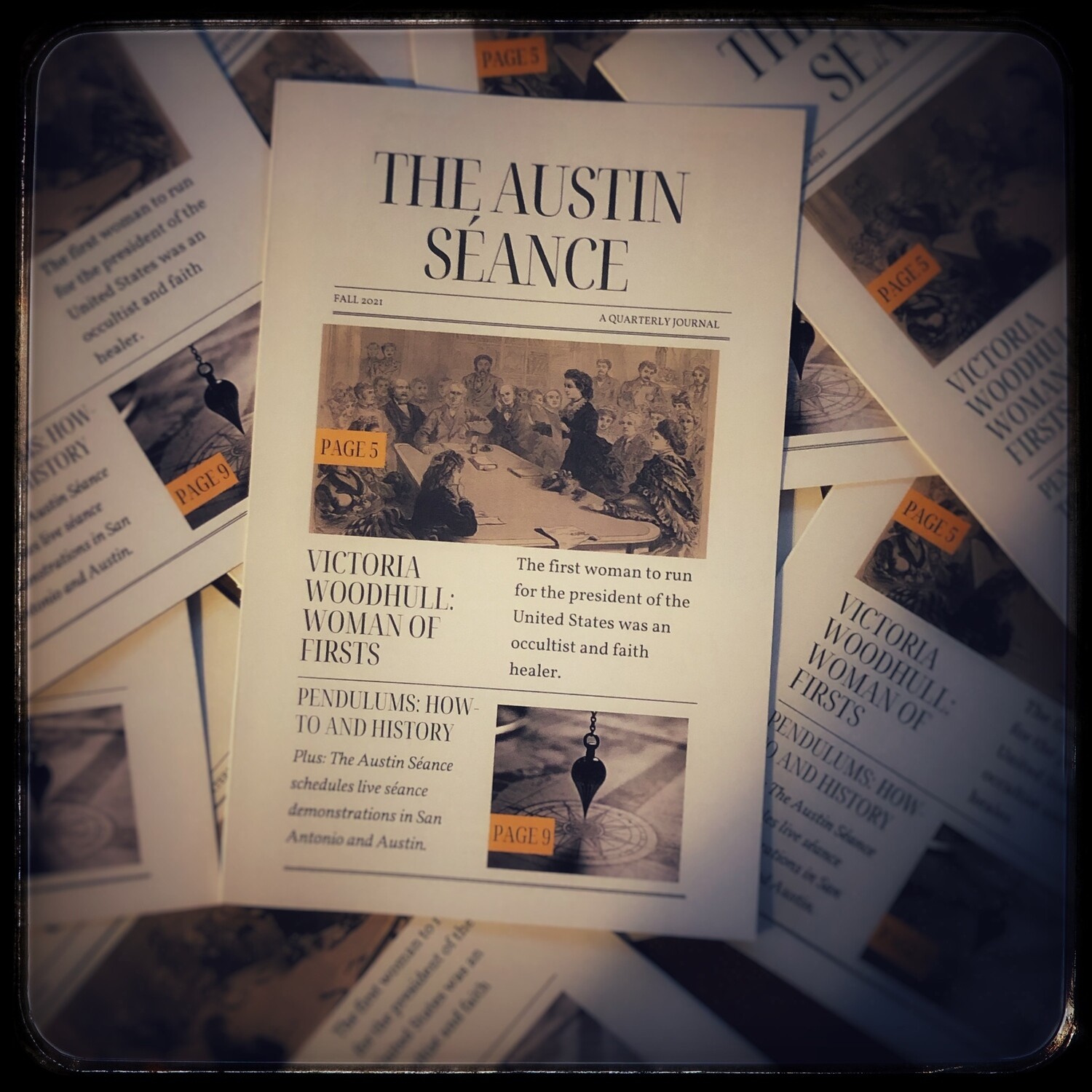 SKU AS 4
$16.00
A quarterly journal delivered directly to your home.
In stock
1
Product Details

The Austin Séance Quarterly Journal is a zine-sized publication devoted to the history and practice of American Spiritualism and séances. We deliver directly to your home. Annual subscriptions (four issues) are just $15. Famous hauntings and historic spiritualists? Pendulums and table tipping? Find sections covering those topics and more.

Comments are closed. You can not add new comments.