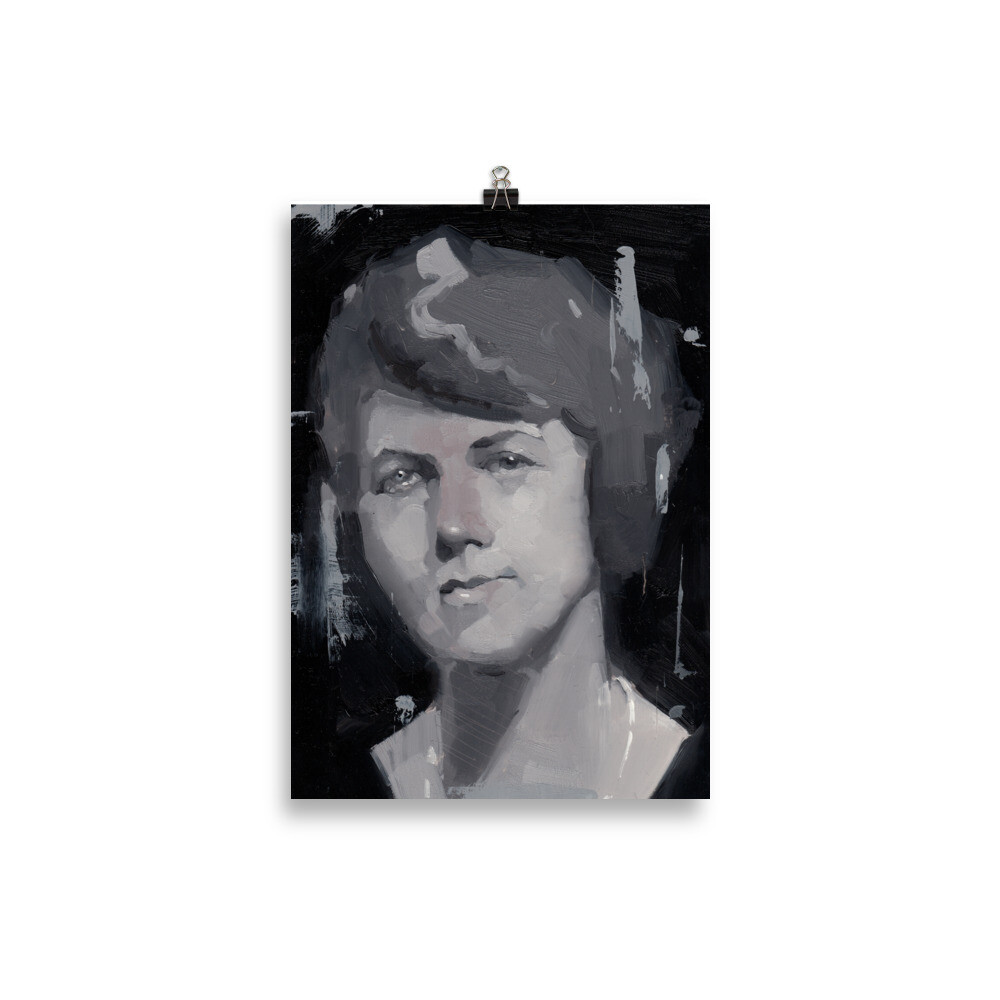 Mina Crandon, one of America's most famous spiritualist mediums, is featured in this museum-quality poster produced on thick and durable matte paper. This print image is based on an oil painting created exclusively for The Austin Séance by the artist Emerson Schreiner. The head and shoulders portrait is rendered in brown and grays in a contemporary impressionistic style. Please be advised that because of the COVID-19 pandemic, merchandise deliveries by our third-party vendor may be delayed by several weeks.

Save this product for later